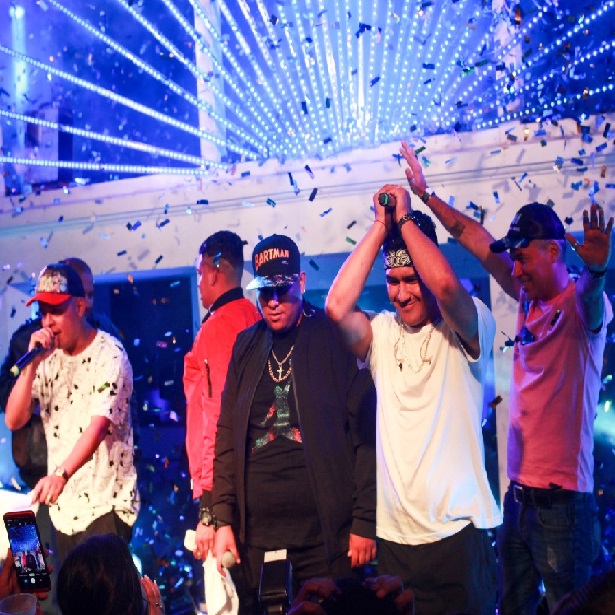 In the grand launch party, which was celebrated last week first of February in the Rooftop of “Casa Fugaz”, home of Monumental Music, the artists’ of the label (Jey Army, Silencio, Giosel and DeNegri) debuted their newest album “On fayer” where they were joined by ten other singers who are also part of our social initiative.

Mathías Brivio, hosted the event, and with him stood the artists, musical producers, beauty queens, designers, models, celebrities, influencers and special guests from both radio and television who enjoyed the night with a line-up of DJs and a spectacular live show. 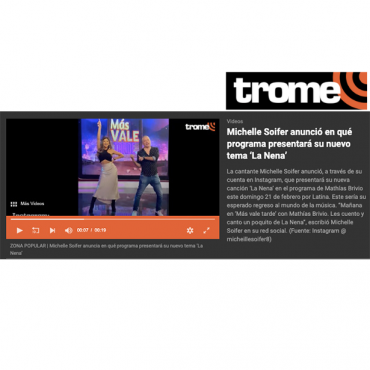 MICHEILLE SOIFER ANNOUNCED IN WHICH PROGRAM WILL PRESENT HER NEW SONG

Singer Michelle Soifer announced, through her Instagram account, that she will present her new song ‘La Nena’ on the Mathías Brivio program this Sunday, February 21 on Latina. https://trome.pe/videos/michelle-soifer-anuncio-en-que-programa-presentara-su-nuevo-tema-la-nena-nczp-noticia/

MICHEILLE SOIFER: THE LAUNCH OF “LA NENA” WILL BE ON MARCH 5

“With great emotion I tell you that my first single is called“ La Nena ”. It comes with an incredible video clip made with a lot of love for all of you, ”wrote the model herself. https://trome.pe/espectaculos/micheille-soifer-sobre-lanzamiento-de-su-nuevo-tema-hecho-con-mucho-amor-para-todos-ustedes-instagram-nndc-noticia/ 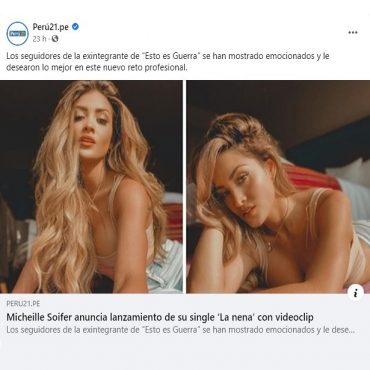 The followers of the former member of “Esto es Guerra” have been excited and wished her the best in this new professional challenge. https://tinyurl.com/15p6kbix